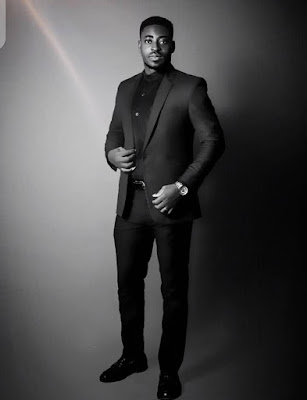 As Nigeria commemorates its 60th Independence anniversary, Gospel singer, IYES DAN has called on the President Muhammad Buhari led Federal Government to review its policies holistically as many average Nigerians are yet to feel the impact of good governance. 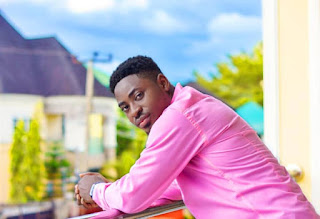 The Port Harcourt based young musician, said though the government will as usual brandish figures in bogus speeches, the occasion indeed calls for a sober reflection as the nation is yet to actualise its potentials due to ineffective policies and implementations.

IYES DAN said: “Fellow Nigerians, on this day that we mark the anniversary of our country’s independence from the colonial forces, I dare to address you at this exact time as our supposed servants, who obviously are now too powerful to be spoken to or questioned, will be addressing you in an attempt to whitewash their failures.

“The government will come up with numbers, name projects, celebrate intentions & plans, brandish billions of dollars & Naira claiming these as their account of stewardship to our nation.

He lamented that Nigeria is “A nation that is suffering. A nation where every iota of civilization is gradually eroding. A nation where citizens provide all they need… Water, electricity, security, Roads in some cases, and all the basic essentials that are basic responsibilities of a government. Let’s pause and talk about the sad realities of the average NIGERIAN who is struck with any terminal ailment. We end up raising funds for them to get surgery. Whereas, some people reportedly travels to treat neck pain.”

In a rhetorical mode, IYES DAN asked, ” In 2015, how much was a bag of rice? Why was the unemployment rate then? What were you earning?

“Now let’s compare those with the prices of same commodities right now? Needless to ask what the unemployment rate is. How about we ask hat the salaries are right now. Everything tells us that as a nation we’re worse than we were, with no end in sight.

The big question, just like Wande coal asked in his ever green song, Se Na like this we go dey dey?

Unfortunately, the answer is obvious except we stop practicing the true definition of insanity.

Which is, doing the same thing over & over again, while expectation growth a different result.

Charging the nation to wake up from its slumber, he quipped: “Fellow Nigerians, when are we going to rise up?

When will we truly make our country great?

When are we going to drop the selfishness that has destroyed us thus far?

When are we going to rise to ensure that we hold our leaders accountable?

From north to south, east to west… no one is left out of the pains of the failures of government.

The cry for better governance should not be viewed from the spectacles of ethnicity, after all, the north I can say has been most hit by the deliberate, selfish & personal gratification of the unproductive retention of the security chiefs who head our obviously failed security architecture.

If a leader has failed us, let us with 1 voice speak. In my personal opinion, the president & the current administration has failed our nation woefully in The areas of Economy & Security.

May be a few strides in Agriculture, but the price of commodities you will agree has taken the shine off that.

Fellow Nigerians, one more time, I, IYES DAN ask that we rise to the responsibilities of holding our Servants accountable.

“May I address these servants particularly, with the prefix ‘servants’ as against the obviously mediocre cliche “excellency” Let us make our country great!

IYES DAN is a talented radio personality and gospel/christian singer with his track ” I Love You” on Apple iTunes, BoomPlay and Amazon.