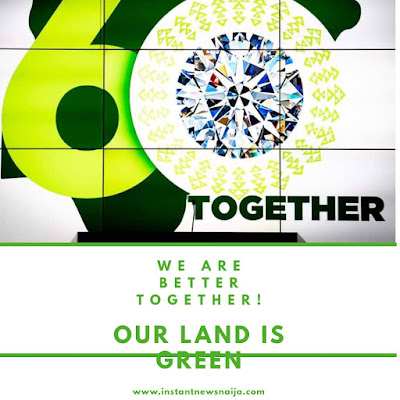 On October 1st every year, Nigerians gather in celebration of her independence. It was in 1960 the curtain of freedom was raised in the theater of liberty and the road that leads to democracy and self-determination was laid bare for the people of the new nation.

The early leadership at the helm of governance built on the successes of the 1960 groundbreaking and marshaled the country into a republic in 1963.

The emblematic feat to take Nigeria into a federal republic three years after taking sole responsibility of her people and future was clear evidence of the roadmap the early leaders had designed. That roadmap from available testaments gave rise to a lot of hope and faith that the largest black nation on earth, a symbol of the black race was positioned for grace and grandeur in no distant time.

Nigerian leaders since independence in 1961 to present day

But in subsequent years, the administration resorted to low-key events.

Starting with the Jonathan administration, rather than the usual public showpiece, the government resolved to hold a strictly military event tagged Presidential Change of Guards at the forecourt of the Presidential Villa. Interestingly, when President Muhammadu Buhari came on board in 2015, he sustained the new culture.

On Thursday, the 1st of October 2020, the change of guards is expected to hold inside the Presidential Villa in the morning while an anniversary dinner will hold later in the day.

Both events are expected to hold within the Presidential Villa. The programmes outlined for this year’s anniversary will continue on Friday with a Jumat service and lecture as well as an interdenominational church service on Sunday.

Regardless of whether the mode of celebration the government intends to adopt, the most pertinent question remains whether Nigeria has fared well in 60 years of her existence as an independent nation.

Nigerians cannot boast of a secured country in the 60 years of being an independent nation. The national security architecture has been confronted by global security challenges, like terrorism, militancy and kidnapping and it has fallen under the weight.

The country is compounded with a plethora of security challenges. One of the vital problems with the security sector in Nigeria has been funding and lack of personnel. For example, the United Nations’ ratio is 1 policeman to 400 persons, but in Nigeria, there is less than 300,000 policemen for almost 200 million people and almost half of that number of policemen are attached to VIPs.

And in this day and age when security is technologically-driven, the country,  to a large extent, still relies on crude methods to detect and maintain law and order. And while lack of funding is a major issue, corruption within the national security apparatus has compromised whatever standard is expected to be upheld.

The primary responsibility of the government as enshrined in the constitution is to ensure the protection of the lives and property of the people. When security becomes a scarce commodity, development whether economic or political becomes a nut to crack.

The health sector has been in a comatose state for a very long time and it has worsened over the years that even the turn of democracy could barely save it especially from brain drain.

The government, to say the least, has not channeled the required effort into personnel welfare and health infrastructure. The a need for more concerted efforts both on the parts of the government and medical practitioners in order to improve the sector’s fortune has always been the unanswered question.

Nigeria used to attract many visitors seeking health treatment in the early fifties and sixties during the closing stage of colonial rule. However, since self-government took control, the quality of health delivery has snowballed into a terrible state so much so that Nigerian elites now troops into foreign lands on medical tourism.

The state of the quality of education has been described as sickening in many quarters. And that would be putting it mildly. Most Nigerian graduates who are the products of the failing system are evidence of how horrendous the academic standard has fallen compared to the colonial and post-colonial era.

After the mid-90s, the educational standard of many national institutions began to buckle under the weight of neglect and corruption. Nigeria has one of the highest numbers of out-of-school children and the government failed in fixing the situation.

Strike action by academic staff of Nigerian institutions has marred whatever is left of the Nation’s and many has come to still distorted academic calendar due to industrial action vu both academic and non-academic staff as normal.

Beating recession and bouncing back, Nigeria’s economy situation is a tale of unending trials plenty errors.

Per capital income has reduced compared to decades ago, the naira fallen lower than it has ever been as much as the cost of living and prices of goods and commodities.

Recently Nigeria overtook India to become the poverty center of the world, having the highest concentration of poor people living below $2 a day.

In 2020 alone in the midst of a pandemic, the government increased Value Added Tax, placed a tax on cash transaction, increase electricity cost, devalued the naira and hiked the price of Premium Motor Spirit.

These developments have drawn cries from the populace but still fell on deaf ears as the government seems resolute on its plan to sap more levies from the people without providing the corresponding infrastructure to show for the increase in taxation.

In our sixty odd years as a sovereign nation, our country has been raped and pillaged by selfish politicians.The country has been divided along ethnic and religious lines by callous leaders of thought; the country has been given a bad name by ruthless home-grown terrorists groups and different militia. The millennials (the ‘yahoozees’) also did their own by trying to change us,our narrative and our behavioural patterns.

However, as bad as the journey after nationhood appears to have been for us,there’s one consolation for me as a person – and that’s our various human exports to the world; the ones that have done us proud as a nation. We must a big thank you to the Soyinkas of this world,late Chinua Achebe,Phillip Emegwali,Fela,King Sunny Ade,Bruce Onobrakpeya, Akinwumi Adesina and Chimamanda Ngozi-Adichie just to mention a few.

Also, another source of joy and pride for motherland are the 100% home-grown brands that have made it to the world stage; one cannot but be happy for Nigeria when one remembers how brands like Zenith Bank,GT Bank, and Access Bank are doing in the continent – a big kudos to them.

In conclusion, as Nigeria marks her 60th anniversary, the nation is still held down by underdevelopment and on many grounds better off under the colonial masters than in self-government.

But it’s understandable that nation-building doesn’t come easy and with an ever-changing government coming in with divergent policies, the rate of development is expected to progress on a snail pace.

However, the faith and belief of a better nation must be maintained as we all have nowhere else to call their own except Nigeria.

Sola Adeyemo is a media entrepreneur and public affairs analyst.

Hes’ the President of Lagos Online Media Publishers(LASOMP) and the Coalition of Online Publishers in West Africa(COPUWA).