TOWARDS 2023: NIGERIAN YOUTHS SHOULD FORM A POLITICAL PARTY - Tope Adefemiwa 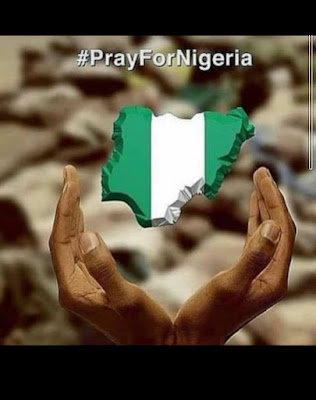 Nigeria youths have been tasked to form a progressive Political Party towards taking  over reigns of power from the older people in 2023.

Making this declaration was Tope Adefemiwa, a former Presidential aspirant in KOWA Party and former APC Gubernatorial aspirant in Ondo State. He stated that all energies, time and resources deployed to staging of mass protests across the nooks and crannies of the Country can be gainfully channelled towards forming a formidable Political Party where their welfares would be adequately protected.

According to him, this is the right time teeming youths of this nation should close ranks and come together divisively towards registering  a vibrant Party to produce the next President of the Country who would change their narratives for the better. According to him, 'the youths of Nigeria have good roles to play in governance as far as everything is concerned. Being leaders of tomorrow, it is now time for them to pool time, energies and resources together towards forming a formidable Political Party where the cause of vast majority of youths in the country can be advanced and adequately protected. Through the envisaged Party the youths if well organised can easily produce the next President of Nigeria; produce Vice President, produce Governors;  Senators; Members of House of Representatives and other important officials of Governments who would paddle the ship of the nation to its right destinations. The Nigeria youths are capable of achieving this enviable feat through their great zeal, unbridled determinations and commitments'.

'The youths have been seriously marginalised in all schemes of things in the country. It is quite appalling that thousands of them who have graduated from higher institutions with good grades are roaming the streets because they have no jobs and have no means for survival and the various  levels of Governments are not doing anything meaningfully to ameliorate their well-being. In this circumstance, I appeal to the youths not to look back; they should be fowardlooking and should gird their loins towards establishing a grassroots Political Party that would create employment opportunities for them; uplift their well-being and living conditions, promote and improve Education, Health care delivery systems,  Agriculture, Technology and Industrialisation in Nigeria' he said enthusiastically.

On how a youths Political Party can be formed in Nigeria, Tope Adefemiwa  who speaks on behalf of  'Sorosoke Generation'  believes this was a task that could be achieved  through great commitments  and determinations on the  part of the youths. According to him, knowing fully well how difficult it would be at this teething stage towards the accomplishments of this goal, he said he had already taking up the initiative of creating a Twitter account  @70Millionyouth1 towards the realisations of this great cause. In his own words, he said that, ' I am not envisaging any problem regarding the formation of a virile Political Party that  would cater for the interest of the teeming youths of this great nation. Because I know where the shoes pitch them;  I am very familiar with their plights; and being a youth myself, I have taken up the onerous task of salvaging the youths from internal slavery, oppression and social injustice faced under this present dictatorial Government in Nigeria. I  have already set up a twitter account where well over 70 million youths can follow me to champion this noble cause. I am very enthusiastic that in the next few weeks from now well over 20 million youths would have followed me into this twitter community and from there the youths Political Party is established.   He enjoined the youths to take up this big challenge by joining in educating their contemporaries in making this dream and goal a reality'.