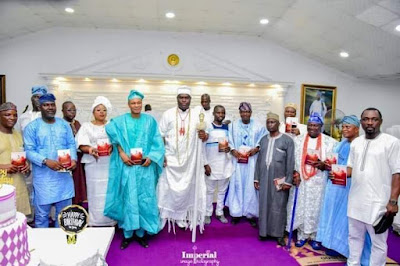 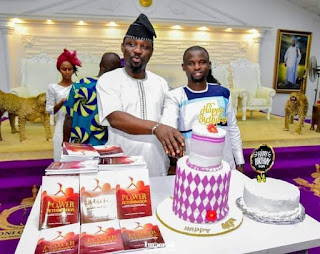 At the event during which Olamide unveiled and launch a book titled 'Power of Determination', several youths including physically challenged individuals were provided with empowerment kits for the takeoff of their businesses. 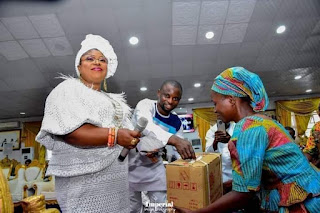 Speaking at the event, Ooni Ogunwusi described Awosunle as one of the shining stars of the kingdom of Ife, adding that he is proud of him for his innovative ideas, excellence at efficient service delivery and humility. 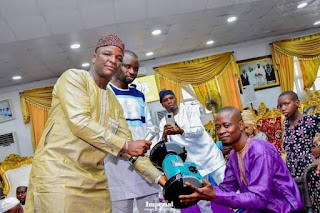 "This Olamide you all are looking at is a very brave young man, a goal getter and one who is committed to the development of Ife. 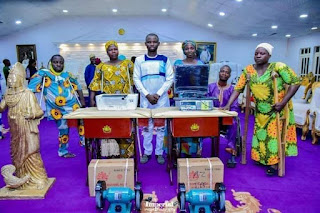 "Equally, I wish to applaud his boss, Moses Olafare for the great mentoring he has been providing him till date. I pray God Almighty continues to be with his family and bless the works of his hand." The Ooni noted.

Earlier during his opening remarks, the Director of Media and Public Affairs to the Ooni, Comrade Moses Olafare, described Awosunle as an uncommon youth, whose good virtues are uncountable.

"If you have been hearing that the Ooni is empowering people through the Bank of Agriculture (BoA), Bank of Industry (BoI) and many others, Olamide has been the brain behind these innovations through which the standard of living of several homes has been raised." Comrade Olafare explained.

Equally, the Osun State Commissioner for Home Affairs, Tajudeen Lawal and his Youths and Sports counterpart, Yemi Lawal were represented.

The birthday cake was unveiled and cut while the book was equally launched by all after the official declaration of the Ooni.

The book was reviewed by Prof. Rufus Adedoyin, Dean of the Faculty of Basic Medical Sciences, OAU.