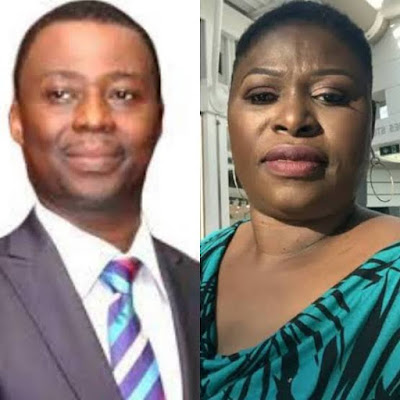 Some weeks ago, I brought to you the kind of person Maureen truly is, her life’s resume and her person as a human being, and most of all, some of her pending atrocities,

and would like to reintroduce her to you again before I clear out her shameless lies. Behold Maureen Badejo, Mama Nike, Multiple fraud offenders, who Committed Bigamy, Defrauded Celtel NGN10, 000,000, Case still open in Nigeria. Founder FARIM Church UK (dead on arrival), eloped from Nigeria out of Matrimony, and escaped from Dublin over cargo business Fraud.

This woman Lives on government Benefit in UK, Jobless with no reasonable engagement, Husbandless, after having 3 kids for 3 Men whose lives are in shambles till date as a result of copulating with Maureen, Spends about 35hrs weekly on Facebook with no pay. That is 140hrs monthly for US minimum wage; any job will give you $1680 a month working those hours. She Has 6 open Court cases in the UK presently both civil and criminal.

This is the kind of person that openly speaks ill of the Mountain of fire and Miracles ministries as well as bent on assassinating the character of one of the true men of God that is doing the work of God on the face of the earth. Furthermore, let me drop a little info about this man so you understand better why the devil is at work through Maureen.

Dr Olukoya is a First Class graduate of the University of Lagos and holds a Ph.D. in Molecular Biology and two Doctorate Degrees from reputable Universities. He is a man with multiple awards on humanitarian achievements, the first Nigerian scientist to clone genes and the General Overseer off the Mountain of Fire and Miracles Ministry. If money or earthly lucre were his main drive, he would have been extremely rich by following his profession as a scientist. But no, Dr Olukoya’s interest is not in acquisition of wealth or financial gains by any means. He is in Ministry strictly in obedience to the call of God upon his life, and that obedience has blessed men and nations globally.

Since MARINE Maureen will not cease to speak lies and fabricate allegations against the man of God Dr. D.k Olukoya, preying on emotions and sentiments of people whom have had issues in the past with MFM AND USING THEIR CALLS TO traumatize people and get followership, I will not stop investigating and bringing out the truth to the people of God.

We may understand the grievances of some suspended or relieved pastors from the ministry, as a result of their very questionable characters, OR SOME PEOPLE THAT HAVE HAD ISSUES UNRESOLVED. But for any so called Pastor to call into Maureen’s show and begin to question the source of mountain of fire and miracles ministry’s growth and PRESENCE OF GOD as well as the efficacy of the call of the General Overseer DR DK OLUKOYA and the miracles taking place there in, as displayed through the ministrations of the General Overseer and other authentic ministers of MFM, then that person must be looked into, for people like Maureen will always be tilted towards her satanic call.

One of such findings is the one called Sunday that spoke about MFM altar and so on.  This is a man that has been suspended from the church for different questionable activities, due to embezzlement, forgery of document, Misappropriation of church fund, unruly behavior towards members of the ministry, at a time was arrested by church members without the knowledge of the headquarters , and all sort of unchristian like behaviors. These are the likes who called into Maureen’s show and speak ill about the ministry and the Man of God DK Olukoya. It’s a shame!

Maureen, You claimed that Olukoya's source is the altar at the headquarters! WELL LET ME SHED SOME LIGHT ON YOUR ABYSMAL IGNORANCE. for your information, MFM IS ONE OF THE LARGEST AND FASTEST GROWING MINISTRIES IN THE WORLD. My question  now is that are all the altars worldwide connected to Yaba? And does he take the altar with him when he goes all over the world to preach? Better still, during this  pandemic period, the Man of God was busy ministering and still preaching from home and the testimonies recorded and being recorded are still dumbfounding.  Does that mean  he has an altar in cyberspace?

MFM is the only ministry that teaches practical DIY COMBAT PRAYERS where no one needs to touch or do anything with you before you can witness the power of God.

Maureen claimed that one of the recent deaths of the regional overseer was caused by Dr D.k Olukoya but refused to acknowledge the letter that the son of the late R.O wrote to her concerning the allegation, AND SETTING THE RECORDS straight.

In the matters of administration and welfare, do you really think that as a global and organized ministry (MFM ), OLUKOYA IS THE ONE RESPONSIBLE FOR REMUNERATIONS and welfare of pastors ?,  if so ,why are there regions and zones in terms of organization structured ? You must have a very narrow mind and obviously don’t know how ministry or rather institutions work

Calvary greetings to you in the name of the Lord

My name is Olusanya Richard Oluwafemi, the first son of Pastor Lawrence Oluwatoyin Olusanya, the Regional overseer Kaduna NC II, who slept in the Lord on the 16th of October 2020.

This video post came to my notice a few days before his funeral, and it really saddened our heart to see such lies hit the social media. I stand to say here that everything said about the cause of my father's death in respect to the General Overseer of Mountain of fire and Miracle Ministries, Dr D.K Olukoya, having a hand in it is a big LIE from the pit of hell. I was with my late father all through before he passed on, and none of the story said here is true.

Daddy Olukoya who is personally my spiritual father has been absolutely good to us. My trip to kaduna was funded by him, and all night during my dad's sick period, daddy Olukoya called to check up on my dad's health. Again I reiterate, that everything about my trip to kaduna to see my dad when he was admitted in the hospital, was sponsored by daddy Olukoya.

Without any apology, I can say publicly that he is more to me than a General Overseer, he is my father as well.

My biological father rested in Lord after a brief ailment, while he was right in the CT Scanning machine to scan his brain to find out the cause of his ailment and I was right there beside him. I have too much evidence to whatever is being said today concerning his death.

My father was one of the righteous men I know, he showed me Jesus, and the footprint he left for me to follow, it will take God to bring me up to speed. He was a GENERAL, and majority of his attributes emanated from studying the lifestyle and personality of Dr. D.K Olukoya up close for years. He was one of the G.Os favorite Regional Overseers, to the point of being nicknamed “devil must cry” by Dr. D.K Olukoya.

I therefore implore you to get your facts right. Whoever gave you this news is obviously a bad person, a failed destiny and a total disappointment to his/her creator in God Almighty.

I'll also say and advise that Madam, you better stop this while grace is still available. To everything in life, there is time & nothing lasts forever. The way you want your children to remember you is the way you should live. God bless you and rewards your labour of love.

Please note: Any legal action we take against you, I hope you know, you will pay dearly for dragging our fathers name into your charade, be warned.

Maureen you seem not to understand that grace is running out very fast and there is still room for you to repent and refrain from blasphemy.

I will keep investigating and making sure that the world knows the truth. I  hope to bring you up to speed with the latest on the court case as matters unfold. 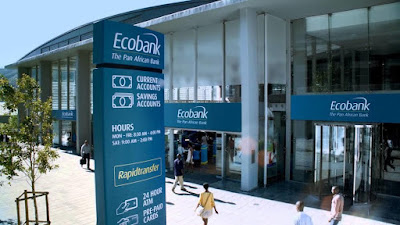