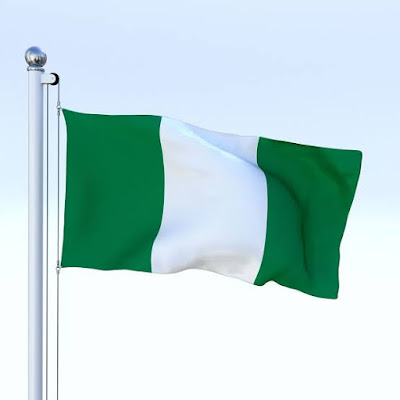 Speaking at a news and current affairs programme, on Arise TV where he unveiled his model of the proposed new flag, Igiebor opined that Nigerians have since lost faith and respect for the current national flag which many believe no longer inspires patriotism among Nigerians, especially the youth. He reasoned further that agitations by groups such as the Independent Peoples of BIAFRA (IPOB) for self determination is unending because the agitators have no faith or confidence in Nigeria and her leaders and therefore will not want to have anything to do with them. They would rather have a country of their own than remain what they call the contraption called Nigeria.

He further reasoned that agitations for the creation of different republics will be eradicated once national pride is restored in Nigeria's symbols.

According to the proponent who is also an author, the idea will be taken to all the major sociocultural organizations, past heads of state, governors, state Houses of Assembly etc. for their support before it is presented to the national Assembly who will eventually present it to the President for his approval and signature.

The Green-White-Green colours remain while the rising sun of the defunct Biafran flag is placed in the white horizontal bar of the current flag.

* The yellow rising sun in the middle of the BIAFRAN flag is adopted and placed in the middle (white vertical bar of the present flag) on the proposed new Nigerian national flag both as recognition and as a way of telling the Nigerian story (history).

*Recognition of the Southeastern people's struggle for self determination.

*Recognition of the loss of the Southeastern people of over one million people and properties of inestimable value during the Nigerian civil war.

* The rising sun also depicts Nigeria not just the defunct BIAFRA as a nation rising out of obscurity, economic doldrums, and other ills that plague us as a nation.

* The rising sun also depicts Nigeria as a rising powerhouse both in Africa and the world.

* The Black Star represents black gold. It represents oil produced majorly in all the Niger Delta states of the South South zone of Nigeria.

*The Deep Brown Star represents yam and other such agricultural produce of the Middle Belt states in Nigeria.

*The Silver Star represents trade and enterprise which is predominant amongst the South East states of Nigeria.

*The White Star represents cattle and cattle rearing which is predominant in the North East states in Nigeria.