A Report By The Good Governance Index On How Poor Governance, Lack Of Accountability At State And Local Govt Levels Escalate Insecurity In Nigeria 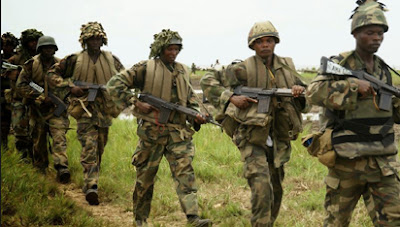 It relied on primary sources of data in interviews, on the spot assessments tours, interactions with key stakeholders at the various tiers of government as well as close review of documents and policy papers on governance in Nigeria.

Every country has her fair share of security challenges, but when the state of insecurity rises by the day, then there is a need for urgent action. This has been the situation in Nigeria in recent years. Thus, the problem of insecurity in Nigeria cannot be overemphasized.

Consequently, insecurity has taken various forms in different parts of the country. In the South-West, armed robbers have taken over, while in the North, cross-border bandits operate with ease. However, in the South-South, there are rampant cases of kidnapping. Also the continuous wave of crime and armed robbery attacks, cult killings etc all point to the fact that insecurity is fast becoming a norm in Nigeria and have somewhat suddenly become attractive to specific individuals in seeking to resolve issues that could have ordinarily been settled through due process. The end-products lead to the decimation of innocent lives, disruption of economic activities, and destruction of properties, among others.

Governance at the Local Government Areas:

Local government in Nigeria have more significant challenges than other tiers of government since they have the responsibility of ensuring equitable social and economic development at the grassroots. Chairmen  of the council are expected to prepare programmes of work and related financial implication, manage and supervise the allocation of financial and human resource coupled with appropriate monitoring of project execution.

Unfortunately, apart from lacking the above requirements both the elected and civil service officials at the local government lack the ability to establish excellent working relationships, ability to build the consensus, negotiation skills and the commitment to develop a partnership for improved development effectiveness throughout all the Local Government Areas.

From all indication, it was observed that local government administration as a whole is increasing in scope day to day with resulting increased responsibilities.  This means that Local Government administration does not merely require people with academic paper qualification, but people with initiative ability to lead, ability to enthuse and to guide. Unfortunately, the Local Governments have failed in their both their statutory powers and political will to address these issues.

The role of the state governments:

The people who reside at the grassroots constitute nearly sixty percent of the entire Nigerian population. But the economic wellbeing of the local government area councils is not sound. This means that poverty is more in local areas than it is in urban centres. And this fact has its attendant implication on the security situation in Nigeria.

According to reliable findings in the cause of the research work, it was observed that the bulk of the security challenges emanates from the state and local government levels. For example, kidnappers and other forms of criminal elements are planned in rural areas. Recruitments into terrorist groups are also carried out at the local government areas because of the level of deprivation and poverty.

Poor governance and lack of accountability:

The revelations indeed portend grave danger because interference is not desirable as it has been the bane of the security challenges in the country.

The Good Governance Index as a result of the above, concludes the level of insecurity in the country is fueled substantially by the ignoble role of the state and local governments in the governance structure in the country.

There is an apparent lack of accountability which is a bane in the entrenchment of good governance in the country and provided that ready market for the recruitment of willing foot soldiers by criminal elements into the web of crime and criminalities in the country.

The Good Governance Index as a result of the preceding herby make the following recommendations;

The federal government must also do all within its powers to ensure the entrenchment of transparency and accountability at the state and local government levels in a bid to ensure that terrorist and other criminal gangs do not find the local government areas as veritable grounds for the escalation of violence in the country. I

*This report was put together by Dr.  Thomas Uzah, a special rapporteur and made available to National Association of Online Security Reporters, NAOSRE.