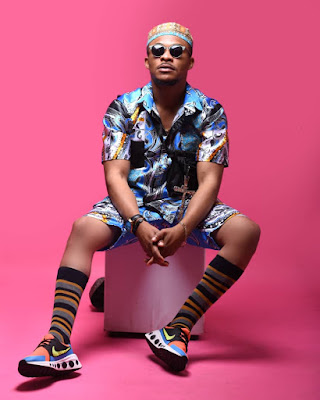 The new music video Shot by Alexandra Obey for Reggie Films is bound to further push the record to the fore amongst Highlife, Afropop and Afrobeat fans and subsequently drive the Udy-produced song to smash hit status.

The 'Snooker Dance' video also serves as an outlook to the alternative and prime fashion of budding multitalented Kingpawn signed singer who's set to release his first EP title Kalahari Temple.

Chibuzo Bruno manuel okeke is a Nigerian Song writer, Composer, Guitarist king of freestyle from Anambra State with family ties in  Angola where he spent most of his youth.

He is a business man and the Ceo of mirage oil Namibia and Angola, just like his uncle prince Arthur Eze of Anambra state. Chibuzor is a lover of flamboyant lifestyle including fast cars, Lamborghini, ferari and rolls royce. his love for music made him open a record label and he is planning to give the Nigerian celebrities a run for their money.

He currently lives in Namibia where he has worked with alot of African and Namibian Musicians like Sunnyboy Exit Topcheri Rasshehama coz Jean micheal. etc.

His new single Snooker Dance is a groovy dance tune for all afropop loving fans.

Watch how to do snooker dance: https://youtu.be/2RR0suZUsDU