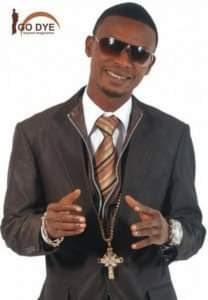 Nigerian celebrities are known to be involved in different philanthropic gestures so as to give back to the poor and vulnerable. Be that as it may, some of these celebrities feign these gestures in order to gain appraisal, accolades and more popularity.

However, as the situation stands out right now,   this is not the best of times for popular comedian, Friday Agoda commonly called I Go Dye as he was recently called out by a physically challenged lady he promised to get accommodation for and also promised to take her to the studio to wax an album since the year 2018. In a video that has gone viral on Instagram, the young lady called out the popular comedian, that after capitalizing on her predicament to gain public appraisal, he refused to fulfil all the promises he made to her.

The young lady, who spoke in Yoruba language was obviously not happy with the way I Go Dye promoted the issue on Instagram and Blogs, coercing the local and international readers to believe he is a philanthropist and in the real sense of it,, his actions has stopped people from helping her. She appreciated Hon.Osanebi for donating the car to her, though at first she thought I Go Dye was the one who donated the car. In a chat with our correspondent, she revealed how I Go Dye came with a camera to record her and after promising heaven and earth, he vehemently reneged on his promises. Some few weeks ago Ezeh Godstime, winner of the talent hunt’s first edition, has not only been a victim of neglect, he has been denied the support and some cash gifts entitled to him by I Go Dye. He emerged winner of the competition on the 7th of March at the prestigious Grand Hotel, Asaba.

A voice recording of Godstime recently surfaced on social media where he bitterly complained of the bad treatment meted on him by I Go Dye and his team. According to the conversation obtained by us which was recorded on 9 September, 2020, Ezeh Godstime is still being owed N1,800,000 by I Go Dye, a year and six months after the conclusion of the event. All along, it was kept a top secret, but the can of worm was opened when Ezeh Godstime sent a close ally of I Go Dye a WhatsApp message on 1 October, 2020 at about 2:15pm.     This is however a tale of someone wanting to use an opportunity of creating a massive benevolence image in a very  wrong manner viz a viz destroying the positive image of a free giver. Hon. Osanebi, in his magnanimity gave out the car gift to this handicapped lady and probably, the accomodatiom and other items as promised but sadly, she is still homeless and hungry. This is a clarion call to our celebrities to desist from living fake lives. We shall update you on subsequent developments as events unfold.