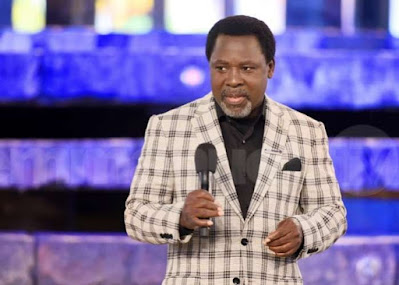 Contrary to the widespread rumour going on about a purported prophecy allegedly released by TB Joshua during Christmas that Orji Kalu will become the next president, the Synagogue Church of All Nations has officially debunked the furious lies being perpetrated by mischievous elements.

A simple check will reveal that the said man of God was not even around during Christmas and which was officially communicated that day on their official platforms.

Please be informed that this story that is going around titled "Orji Kalu is Nigeria's Next President, says TB Joshua" is NOT from TB Joshua.

TB Joshua is not around; he is at the Prayer Mountain in a rural area, where no one or even technology can reach. He has been there for the past five days. Please be informed. Thank you."