How to prevent incessant kidnap of traditional rulers in Nigeria - Expert 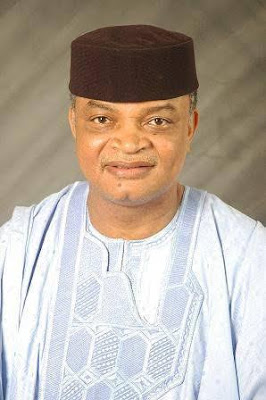 Security expert and the President, Association of Industrial Security Operators of Nigeria (AISSON), Dr. Ona Ekhomu has called on the Federal Government to strengthen the security measures provided to first class traditional rulers in order to safeguard them against repeated efforts at kidnap or assassination by terrorist-bandits.

Dr. Ona made this known in a statement issued to Tribune Online recently in Lagos.

He contended that since the bandits appear intent on spilling royal blood, the government must deny them the opportunity as the consequences would be dire for the country.

Reacting to the recent ambush on the convoy of the Emir of KauraNamoda, Alhaji Sanusi Muhammad Asha along the Zaria/Funtuahighway, Ekhomu said that the attack on the Emir appeared targeted as it was quite ferocious.

“The attack which resulted in the killing of three policemen and five other persons in the Emir’s convoy, appeared to be the product of a profiling of the royal father as a high value soft-target.

“Obviously, the bandits calculated that the Zamfara State Government would have paid ransom for the release of the royal father if the abduction attempt had been successful.

“The repeated and persistent attacks on royal personages needed to be defined as a specific and credible threat against royal fathers.

“Further to this threat definition, we should then put robust measures in place to protect royal convoys.

“The attack on the Emir of Kaura Namoda was not an isolated incident. In October, the Olufon of Ifon (Ondo State), Oba Israel Adeusi was assassinated in a roadway ambush by the bandits who intended to abduct him.

He also suggested that highly trained, experienced protection specialists should be put in charge of the protective detail of each first class traditional ruler, adding that they should coordinate the work of police and others assigned to guard the royal personages.

The Expert explained that the chief detail to the monarch should conduct risk assessments before every road trip by the king as it would improve his chances of arriving alive.

He stated that the awareness training should include risk assessments, transit security, ransom kidnap, surveillance and counter-surveillance techniques, among other skills.

The Security Expert, therefore, advised royal fathers to avoid late night journeys, and they should sound siren while traveling through dangerous stretches of roadway, adding that members of the family of first class traditional rulers should receive security awareness training in order to turn them into soft targets.