The rate of protein deficiency in Nigeria is alarming. This has become a source of concern for most nutritionists and public health experts in the country.

According to the Nigeria Protein Deficiency Report for 2019, 51 per cent of Nigerians had a deficiency in protein intake because they cannot afford adequate protein rich-foods.

Protein deficiency is a type of malnutrition depicting the lack of protein nutrients in the body, and it poses a significant problem in Nigeria.

In proffering possible solutions to curb the high rate of protein deficiency in Nigeria, experts in

the food and nutrition industry, in a recent webinar, tasked Nigerians to regularly consume soybeans, a protein-rich food source, to prevent malnutrition.

A panelist at the webinar, Mrs Josephine Chukwunweike, a nutritionist and member of the Nutrition Society of Nigeria (NSN), said the growth of children (ages 0 to 5 years) is dependent on diet and way of life, not solely on genetics.

Chukwunweike added that protein is a vital nutrient and is needed for development, upkeep and repair of all the cells in the human body.

“Protein is widely regarded as an essential building block of life. It is a macro-nutrient found in literally every cell of the body. Macronutrients are foods that the body needs in large amounts. Protein is an important ingredient used to build, maintain and repair body tissues and muscles,” Mrs Chukwunweike said.

“Soybeans consist of more than 36 per cent protein, 30 per cent carbohydrates, and excellent amounts of dietary fibre, vitamins and minerals. It also consists of 20 per cent oil, which makes it the most important crop for producing edible oil. A by-product from the oil production (soybean cake) is used as a high-protein animal feed in many countries.” She revealed that soybean can be used in the production of soymilk, soy cake, tofu and soybean oil.

According to her, children under five (5) should be given proteinous foods to build a healthy nation, noting that Nigeria’s workforce can only be productive when a substantial number of her population are healthy and productive.

She lamented that Nigeria is one of the largest producers of soybeans in Africa and yet most children from the north where the crop is produced in large quantity are still facing the problem of malnutrition and protein deficiency. Mrs Chukwunweike thus called on the government to include soybeans flour in the making of staple foods to tackle protein deficiency in the country.

Earlier in her opening remarks, Professor Ibiyemi Olayiwola, a professor of Human Nutrition, Department of Nutrition and Dietetics, Bowen University, Iwo, Osun State, emphasized the benefits of consuming soybeans as one of the proteinous foods in the country.

Professor Olayiwola pointed out that as human beings, we begin our lives with protein. She stressed that when protein is not sufficient in the human body, it automatically leads to malnutrition. “Protein deficiency is a serious problem that is prevalent in Nigeria. In those days, we used to refer to children that were suffering from protein deficiency as children with kwashiorkor. But these children can be treated.”

She revealed that nutritionists in Nigeria are worried that for the past 20 years, the country has continued to face protein deficiency challenges as children under five (5) are still malnourished in large numbers.

Enumerating some of the diseases associated with protein deficiency such as edema of the hands and the legs, skin damages, roughness, scanty hair, monkey-faced child, and big stomach and head, Professor Olayiwola said that these diseases can be prevented with regular intake of proteinous foods, including soybeans.

“I want all Nigerians to be soybeans centred. In our little way, we will continue to campaign for the reduction of protein deficiency in the country. Nutrition experts agreed on RDA (recommended dietary allowance) of at least 0.8g/kg body weight/day that safely and adequately meets the protein need of most healthy persons,” she said.

Mr Charles Nkwoala, a community nutritionist with specialty in Nutrition Education, stressed the need to educate Nigerians on the benefits of consuming soybeans and other protein-rich foods. Mr Nkwoala, however, stated that “people do not go to a shop to buy protein, minerals, or vitamins but rather they buy foods. He emphasized that soybean is a food that is very rich in protein, and that when we eat soybeans, a high amount of protein has been consumed.

According to him, soybean should be diversified by creating more products with it. He added that the branding and packaging of soybeans are essential to help attract patronage from Nigerians.

He said: “There is a need for collaboration. When you look at nutrition, government plays a significant role. I will like to see more involvement of NGOs, particularly in educating Nigerians on what protein deficiency is, because the government cannot do this alone.”

The key consensus at the webinar session is that for Nigerians to live a healthy lifestyle, the consumption of protein-rich foods should be taken very seriously. Soybeans are essentially protein rich.

It is generally believed that cases of malnutrition can be reduced with regular consumption of soybeans. The best part is that it is available locally and largely affordable compared to other protein sources. 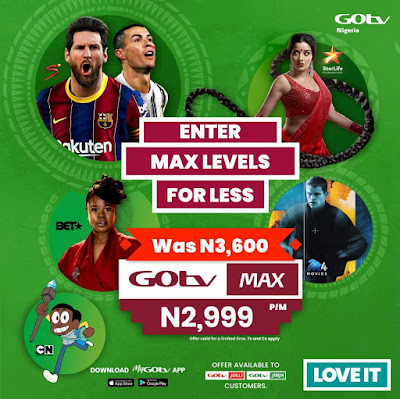