How Primate Ayodele warned sacked Head of Service against scandal

Few weeks back, Primate Babatunde Elijah Ayodele, Leader and Founder of INRI Evangelical Spiritual Church,  Ejigbo Lagos, in his annual book of prophecy warning to the nations warned the Head of service of Nigeria to be very careful to avert scandals.

Interestingly, news flew into the air yesterday that president Muhammad Buhari has approved the appointment of Dr. Mrs Folashade Yemi Esan to take over from Mrs. Winfred Ekanem Oyo-ita as the Acting Head of service.
Dr. (Mrs.) Yemi-Esan, who is the Permanent Secretary, Ministry of Petroleum Resources, takes over from Mrs. Winifred Ekanem Oyo-Ita, who has been directed to proceed on an indefinite leave to allow conclusion of the investigation being carried out by the Economic and Financial Crimes Commission.

It would be recalled that primate Ayodele also proclaimed that there will be changes, new innovations and formats in the affairs of permanent secretaries in the office of the Head of service.

In confirmation of this prophecy, the President approved the extension of the tenure of seven (7) retiring Permanent Secretaries for a period of one calendar year with effect from 1st October, 2019 to ensure stability in the Federal Civil Service and effective delivery on the nine priority areas of the administration as well as the mandates given to the new Ministers.

No doubt, primate Ayodele's prophecies are tied to lofty spirituality and divine connections. 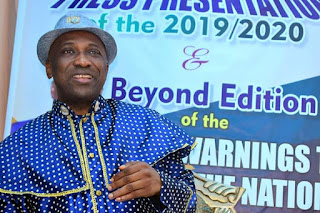 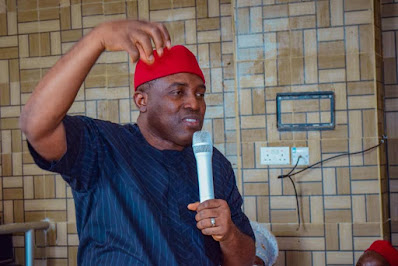