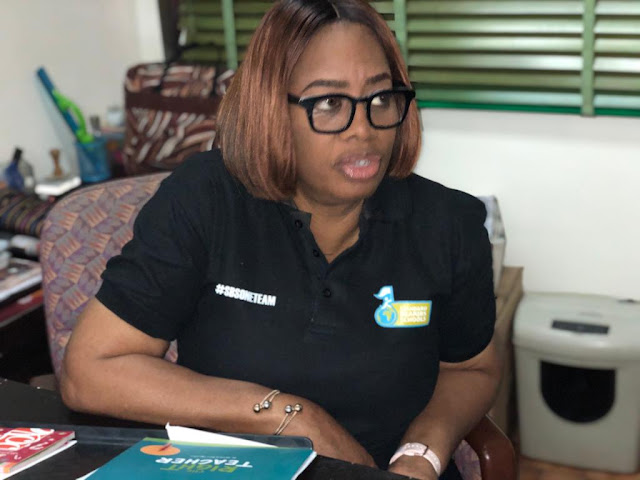 Dupe Oni is a renowned educator and stateswoman. She is one of the very few women who have helped shape society we live in today, using the most powerful tool available: Education. Mrs. Dupe saw the 21st-century shift in perspective about education and technology as a tool to socio-economic relevance in the evolving digital space, which opened opportunities for people in the tech-compliant space, and she’s been at the forefront of the campaign for digital skills.

She is one of the most influential female educators who are changing the game through exclusively brilliant ideas, innovations, and advocacy for interactive academics.

Dupe Oni is providing quality education to the children through her early learning program. She has been doing this for the past 23 years and has managed to build a world-class citadel of learning in the heart of Lekki, in Lagos.

She believed in the idea that children should be able to shape their future in their own ways. She also believed that they should be sent to school from an early age to learn and acquire skills for a better life.

“Study your children while you can. The greatest gift you can give your child is not your riches, but revealing to them their own”, she said.

She is the Executive Director of the popular Standard Bearer School, located on 4,500 square meters of prime property at the heart of Lekki Phase 1, Off Admiralty way, Lagos.

Standard Bearers School is an early learning institution where academic and creative talents were given similar priorities. 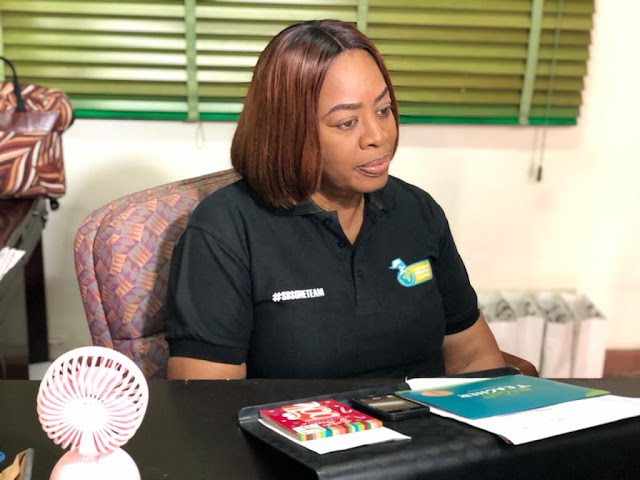 Dupe Oni recently spoke to newsmen on the urgent need to revisit, review and reshape Nigeria’s curriculum to align with the fast-evolving Industrial Revolution, so as for Nigerian children to be relevant in the global space vis-à-vis the out-phasing conventional work pattern that characterizes Nigeria’s curriculum.

What role do you think technology can play in the future of African children? She was asked.

A year ago I couldn’t answer your question, but today, I see it clearly.

In Silicon Valley, someone made a comment. He said coding is the pencil of the future, and technology is the pen. I had to give it some thought and realize that is actually correct. If you listen to DAVOS 2019, you will notice the direction and future of work on a global scale.

When the topic, the future of work was introduced, the moderator said that in sub-Saharan Africa and in the poor countries around the world, 75 million jobs cease to exist in the next 10 years. She also said these jobs would be displaced and replaced by 135 million new jobs, but these new jobs will require new skills. 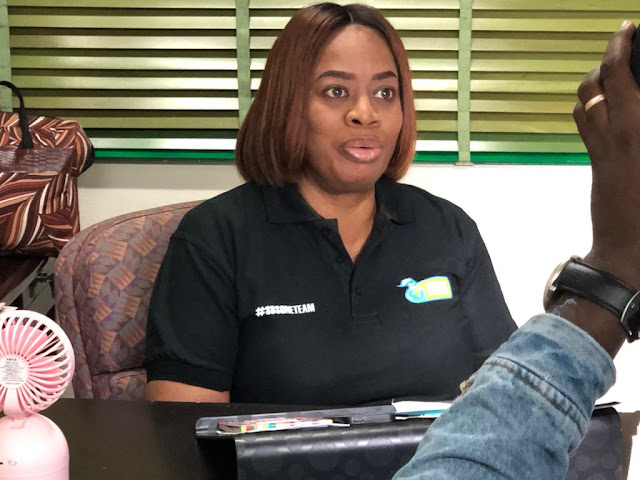 Now, back here in Nigeria, we are in a global market, it's no longer about the African market and it certainly not the Nigerian market. It’s the world. And when we are preparing children for jobs, we have to prepare them for jobs that exist on a global scale.

Today we talk about so many graduates unemployed. They are unemployed because they have a certificate but they don’t have the required skills. The certificate means nothing because, what people are looking out for, is the skill that you bring with your certificate.

And so, Google says they don’t need graduates anymore, Uber says the same. They all want skills, and what skill do they want? Skills that can work with technology. So, it's not everybody that has to be an Engineer in technology, but everybody has to be able to know enough about technology to work in a technology-driven space. The future of work is within that space. There’s absolutely nothing that will go on 10 years from today in the world, that will not have technology embedded in it.

The 4th Industrial Revolution is upon us and we have to prepare our children for it. Now, there’s a young girl I spoke to, I tried to get her involved in Technovation 2020 because one of the things I’m doing now to impact children in techy space.

And she said, 'I don’t like Techy, I don’t know much about technology'. So, I asked her a question, what do you like to do best in your school? She says, is it the subject that I do well?

And I said my assumption is that you do everything well, academically. Your father has sent you to a very expensive private school, right? She said Yes. So, my question is, what do you like to do? What is it that you will do for free? And so she says, Maths and Biology’.

I’m confused’...Maths and Biology, and you don’t like Technology? She insisted, No.

We think of technology as ICT; oh, they can use the computer; they are proficient at it, they can type, they can use Microsoft, excel, but that’s not what it’s all about. what kind of jobs will be available in the workspace tomorrow that they are going to be in? What skill is available for those jobs, or are required for those jobs? we need to teach those skills today, because if not, when they get into their future, like the student I just told you about, they will suddenly find themselves unemployable, after all the money their parents have spent on them.

Andela recently laid off some of its staff, and people were wondering why. But the reality was that Andella no longer wants to take fresh people with the basic skills and train them. What Andela now needs are people with intermediate and managerial skills.

They need an upscale of what they we're looking out for before. So, if a child is studying ICT, I don’t know what the curriculum is like in the Nigerian system, but that child, not only that he will have to come out with the languages (14, 16 languages in the coding space), but they also need to have some certain skillset in leadership, communication, public speaking, critical thinking, and particularly, problem-solving.

Because when they bring them to the table, they don’t want to tell them what to do. They want them to just come in and proffer solutions to problems.

When we went to Silicon Valley, they put 12 teams of girls in a room, and they said, ‘we’re going to teach you about A.I (Artificial Intelligence) and as an educator, I panicked. 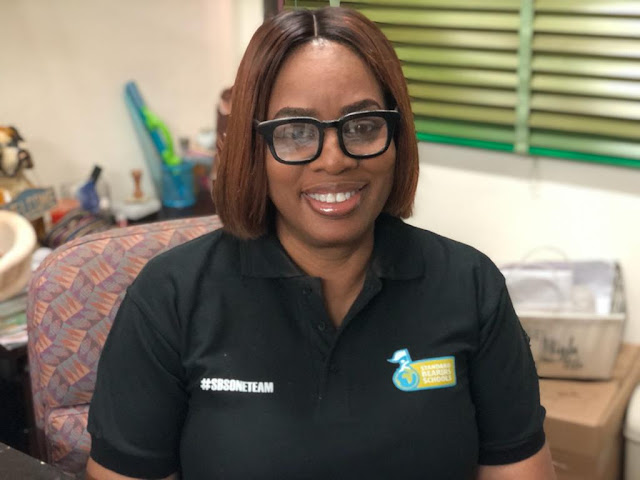 I have 5 girls in this room; they are between 10 and 11 years old. Are they going to get this? I even had to say a little prayer. But they took them on a 15-minute lecture on exactly what they wanted and expectations, and they show them the process.

Then they let them go and said okay, we are going to mix you up. We don’t want you to work with your teams, you will be too comfortable. So 12 teams of 5 girls were established so that each girl was at a table with another girl from another country. Bearing in mind that in that group there will be about 4 or 5 that were in English Speaking, the rest of them did not speak English.

And they did the mix-up, give them the materials to work with and they were left alone to collaborate with one another. And that was all. These girls created a set of Artificial Intelligence that can sort out things by category. They did it.

What I later realized is, it’s not about teaching, it’s about showing. It's about letting them discover for themselves.

Those are the skills that the future needs from them. Adaptability is something that they want. But when a child is used to being told what to do, how does this child adapt in the future?

They have to start learning how to adapt, they have to start having respect for one another. Many children will say to you; I don’t need help I can do it by myself. No. nobody wants that kind of person in employment. They want people who can sit down, who can bring ideas to the table. At the end of the day, the superior idea would emerge.

So when you talk about preparing the Nigerian children for the future, the future is actually here. What we fear, what we expect is already here. We are living in the 21st century, and so the future is now.

So everything, we need to do it now. The is a desperate need to change the mindset of our children.

I got an invitation to attend a symposium, Agbamisin, and I don’t know why I picked myself up and went, but it was one of the best things that happened to me because Agbamisin was a symposium held by a foundation and it was for secondary school children in the public school system. I got there and I thought, ‘well, I’m here’ I’m sure there are some new things I’m supposed to learn here.

And so it turns out that it was the finals of a competition where these children were given the task of finding solutions to problems, within their communities, exactly the same thing Technovation offered to us.

But this time, it wasn’t an App, but the solution was to build a prototype. When these children started presenting, my mind was blown. Their English wasn’t as perfect as the private school child will come and present, but their ideas were brilliant. And I was amazed.

And I realized that talent lies everywhere in Nigeria, and perhaps our biggest mistake was separating the two school systems. And that we have to bring back, because, Private school children will learn from the energy and the drive from the focus of the child who knows that he is driven because he wants to drive himself out of his current state into a better place.

The public school child will equally learn something from the private school child, who is looking at how he has to behave and what society expects from him as an achiever in his future.

Separating them has denied them of that quality of learning that is intrinsic, but needs to take place.

It's not good enough that our children are going out in cars and are having a good time, there are lessons to be learned on the road of life, and in the street of life. If we can’t take them through the streets, we should allow them to have some contact in schools with children from that category and in doing that, they will get wise.

Do you know that Nigeria is one of the very few countries that have a strong private school system?

But the countries that are doing mighty things, they are doing it on the strength of their public school system. Finland doesn’t have a private school system, yet they are number one. Malaysia, Singapore, Japan, China; they don’t have. But the shift has moved from America.

America has a lot of Private schools but they have seen the mistakes now, which is why Chatty schools are merging in America, which is like a way to bridge it. I know that we have to work together. We have to bring our children together for a better Nigeria. We have to create an environment where learning comes first and social status takes the back seat.