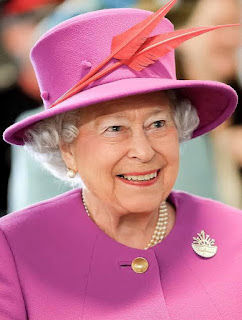 Strangely, Queen Elizabeth has pulled out of a longstanding engagement due to illness.  The Queen was forced to cancel an engagement in Sandringham last minute because of sickness. The news came as a shock to many because the royal has never missed the since 1943. 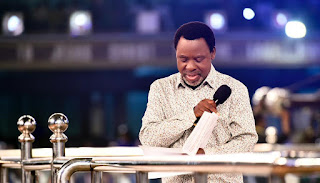 This breaking News is another major fulfillment of the prophecy by internationally acclaimed prophet, T.B Joshua who gave a prophetic warning during his 2020 prophetic messages that we should pray for the Queen against going in and out of the hospital. The number 11 of his prophecy read thus: 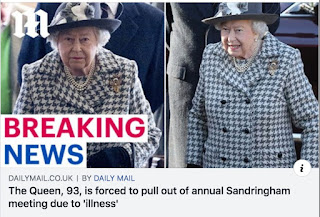 United Kingdom – there will be agitation from a section that wants to leave; that will become an issue. Also, pray for the Queen and Duke of Edinburgh against going in and out of the hospital; pray for God to give them revival. Pray for unity and understanding among the Royal Family – because of what I am seeing. Brexit needs more time to stand on its feet....


Of a truth, when God speaks, the wise listens.  As predicted, Queen Elizabeth was forced to cancel an engagement in Sandringham last minute due to illness, palace officials confirm.

The 93-year-old monarch was expected to attend her yearly meeting with Sandringham branch of the Women's Institute at Newton Village Hall in Norfolk on Thursday. However, she was "not feeling up to it" due to a cold and pulled out of the meeting 30

Palace officials confirmed the surprise cancellation to outlets, but clarified that it was merely a "slight cold."

“Regarding her majesty’s appearance today in Sandringham, sadly the Queen has a slight cold and can no longer attend. This is no cause for alarm,” .

The royal has been attending the meetings since 1943

The news comes a month after her husband Prince Philient four days in the hospital for observation. The 98-year-old was reportedly admitted due to a "preexisting condition" and was released just in time for Christmas Eve.
at January 24, 2020