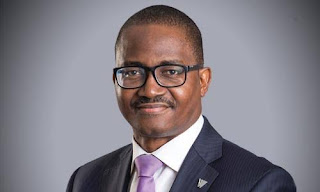  
The presiding Judge of a Federal High Court Chukwujekwu Aneke sitting in Lagos south west Nigeria has ordered that Wema bank Plc  and its six officials cited for contempt for disobeying the order of the court should appear before the court on Monday 17th day of February, 2020 to explain why they should not be sent to prison for flagrant disobedience of the extant positive orders of the court.        The affected officials of the bank are The Managing Director Ademola Adebise,The Chairman Babatunde Kasali, Deputy Managing Director Moruf Oseni, Executive Director Wole Akinleye Executive Director Folake Sanu and the Company Secretary Johnson Lebile.    The order of the court was sequel to two different similar garnishee suits filed before the court by a Lagos lawyer Chief Ajibola Aribisala SAN on behalf of Heritage bank, the first one against Ondo state Government and the Attorney General of the state, and the second one against Idanre local Government Universal Basic Education Authority, Ondo state Government and Attorney General of Ondo state     Heritage bank having obtained judgement against the two parties at an Ondo state high court in the sum of N1billion out of which N600million has been paid leaving balance of about N600million,while the judgement against Idanre local Government Universal basic Education Authority  is in the sum of N405,431,460 .98    Heritage bank then initiated garnishee proceeding against  the parties in the two suits.      On  6th of December 2019 the   court made the order nisi against Wema bank Plc absolute attaching the principal judgement sum Of 134,034,175.41,Wema bank Plc,thereafter deposed to affidavit that Ondo state Government has N744,771,993.3 standing to its  credit and same has been attached in compliance with the order of the court,but the bank refused to comply with the order of the court to pay the money despite the demand made by Chief Aribisala SAN on behalf of Heritage bank.      However Wema  bank in its response  letter claimed not  to comply with the order of the court based on the notice of  Appeal and Motion for stay of execution filed by the Ondo state Government at the court of appeal.     Thereafter Heritage bank caused the Registrar of the court to issue form 48, Notice of consequence of disobedience of order of the court against the officers of the bank cited for contempt, still the order of the court was not obeyed,hence the need for the issuance of form 49 asking the parties cited for contempt to show cause why order of committal should not be made against them for flagrantly disobeying the orders of the court.    On the 5th day of February, 2020 when the matter came up for hearing, Chief Ajibola Aribisala SAN, in his argument and submission before the court contended that it is obvious that parties cited for contempt are not in court and that the court must compel their presence in court, he then urged the court to issue bench warrant against official of Wema bank Plc cited for contempt to compel them to appear in court.      However the counsel for the official of Wema bank cited for contempt, Mr Wemimo Ogunde SAN contended that the form 49 was filed and served on the parties and before then Wema bank has already filed an application for stay of execution pending appeal and that the record of appeal has already been entered at the court of appeal.          Consequently,after listening to the two parties  the court adjourned till 14th February 2020, for ruling.           Justice Aneke in his ruling relating to the two suits  said “The said appeal lodge by the parties cited for contempt has nothing to do with the form 49 served on them for their failure to comply with the order of the court in respect to the order made absolute against Wema bank Plc .Accordingly, the parties cited for contempt are hereby given 72hours from today till Monday 17th of February, 2020 to appear before the court to explain why committal order would not be made against them for flagrant disobedience of the extant positive orders of the court.